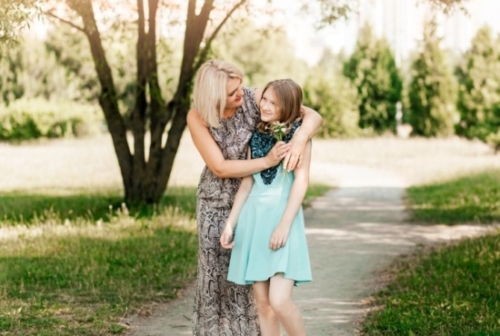 I had no idea that becoming the mother of a teenage daughter would force me to grow so much! Here’s a story from that time:

One warm August morning, my daughter and I walked together through town to get a coffee. We’d recently moved to this charming coastal town, with its great public high school, rose bushes lining the streets, and kids whizzing by on skateboards. But the feelings of the hopeful promise I’d harbored upon our move were quickly turning to dread: just two days before, my daughter had told me that she’d decided she wanted to move to Canada to live with her dad.

In truth, this decision had been looming over both of us for at least the entire year prior. I’d just never thought she would do it. It was more of a threat she used when I tried to discipline her for coming home late for her curfew. “I’m just going to go live with Dad,” she’d huff. Every time she said that, I’d feel a wave of panic and sadness, but it would soon dissipate as the subject changed.

Still, deep down, part of me felt this would come to fruition. And I didn’t know how to accept it. 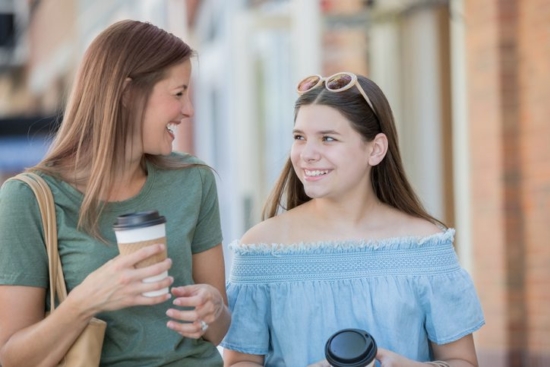 I had to see my daughter in a new way.

Approaching a garden in the center of town, she walked with a bounce in her step. She was cheerful, her energy light and happy. She stopped and said confidently, “I think it will be really fun to get to live with my brothers!” Something about the way she said this made me realize that she was already on the other side of her decision. She’d thought everything through. Now, she was trying to make me feel better. She wanted to lighten the mood and give me another reason why this was a good idea.

As I looked at her, standing there in the sunlight, her sense of self shining through, I felt a shift. I knew I had to accept her decision. A different conclusion suddenly dawned on me: Maybe she really just wants and needs to be near her dad. I’d been taking this very personally, but maybe it wasn’t about me after all. She had a right to this experience. I needed to listen and support her.

At that moment, I was deeply proud of her. As she turned to walk closer to look at the flowers in the garden, I realized how brave and strong she was. I’d raised her as a single mom ever since she was only five months old. Maybe I became so lost in the day-to-day business of our life together that I wasn’t clearly seeing her growth. She was only 16, but she had her voice and was using it. 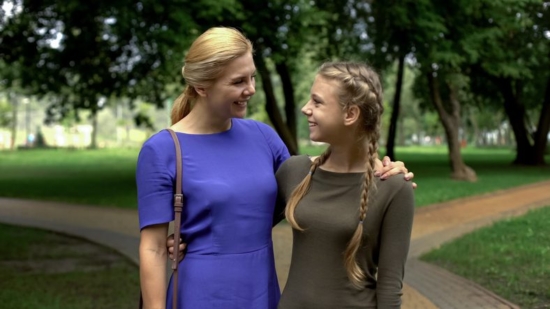 Needing to grow up myself as the mother of a teenage daughter:

Now, it was my turn. I would have to manage my resistance and fear. And I needed to trust that our connection was secure and strong. I also had to trust that there was a more significant force at play here, encouraging both of us to open up to new possibilities and experiences. In a flash, I could really see her. I could see the wholeness and rightness of this decision. To my surprise, I felt closer to her.

Soon after, we headed down the final path toward the coffee shop. As the sun fell upon my shoulders, I wondered if she felt my gentle shift toward acceptance. If I could have expressed to her at that moment what I was feeling, this is what I would have said: “It is my greatest joy – being your mom. Your bright and bold spirit lights up life in countless ways.

“You’re bravely seeking higher ground by choosing to explore more of who you are through going to live with your dad. I admire your courage and your strength. These qualities in you require me to grow more deeply into who I am capable of being – full of trust, love, and acceptance. I hope you know that I am still learning, too.”

I walked closer to her and put my arm around her. Normally she would push me away and laugh. But, this time, she let my arm remain. We continued on our way, moving in the same direction yet walking along our own separate paths.

This story refers to a moment in time, in August of 2018. I’m happy to say that this moment of letting go was the single most significant thing that drew us closer together.

Shortly after this day, my daughter did move to Canada to live with her dad. And, let me tell you, at first it was very hard! But fortunately, I was able to visit often and felt close to her during that time. I must say that the moment she moved, our relationship improved. The drama and threat of her moving played an outsized role and placed a lot of stress on us both. If I were to do it all again, I would have let her go sooner.

Now, she is 19, in college, and our relationship is the best it’s ever been. Ironically we’re both in LA (she ended up choosing a college here), and we get to see each other once a week or so for coffee or lunch.

Being the mother of a teenage daughter can be so very hard! But things have a way of working out. For us, even the lost time during high school has been recovered in unexpected ways with our LA connection today. So, I can say with even more certainty the universe always has a plan. Trust it, go deep in your faith, and allow it all to unfold. You might be amazed at the outcome.

Did you like this story? There are so many stories that we can share to support one another on the path of raising teenage daughters – especially when times are challenging! Please forward this to someone you know who might benefit from reading it today xo 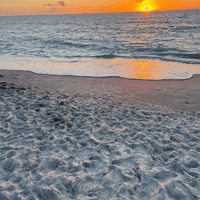 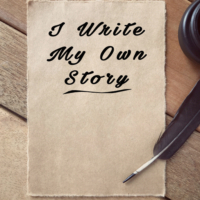 How to Embrace the Personal Journey of Self-Improvement : Small Daily Achie...
Scroll to top