Oh, how I wish I’d read this book in 2013 – the year it was published! There’s so much to learn on each and every page. Maya Angelou’s words have the power to move mountains, and after reading her memoir, Mom & Me & Mom, it’s easy to see that the apple didn’t fall far from the tree. In this book, Maya Angelou recounts stories and shares quotes about her mother, Vivian Baxter.

She includes many quotes that ooze with wisdom, grace, and strength. Together their story shows how raising a child does require two different versions of a mother: one for young children and another for young adults. Vivian Baxter blazes a trail for the latter that has my head spinning. Layer upon layer, the words ring true with grit, spirit, and love.

Here are some inspiring qualities that Angelou’s mom embodied:

1. She was honest and real with her daughter. (This quote from Maya Angelou shares her mother’s unique transparency.)

When her young children were only five and three, Vivian Baxter sent them to live with her mother-in-law in Stamps, Arkansas. After the three reunited in San Francisco, the two children now teenagers, she was forced to face difficult questions on why she abandoned them.

She said, “I would have been a terrible mother. I had no patience. Maya, when you were about two years old, you asked me for something. I was busy talking, so you hit my hand, and I slapped you off the porch without thinking. It didn’t mean I didn’t love you; it just meant I wasn’t ready to be a mother. I’m explaining to you, not apologizing. We would have all been sorry had I kept you.”

She spoke the truth to her daughter. She explained her side without making excuses.

In speaking her truth, Vivian Baxter drops the veil over the illusion that every mother is perfectly capable of mothering young children. She had flaws and limitations and was not afraid to admit them.

2. She was flexible – and accepted her daughter’s unusual request with grace.

“She wants to call me ‘Lady.'” She waited a second, then said, “And I like it. She said I’m beautiful and kind, so I resemble a true lady. From now on, Junior, you can call me Lady.”

She didn’t force her daughter to call her a name she wasn’t comfortable with. Again, she set all pretense aside. Aligning with and respecting her daughter’s wishes, she chose to comply graciously.

3. She treated Angelou with respect – even when she misbehaved.

Angelou was trying to make new friends and to fit in with her new community. She got caught stealing alcohol from her mother’s home. When questioned, she said:

She said, “I accept your apology.”

Vivian Baxter heard Angelou’s apology. Instead of choosing to punish her, she instead decided to forgive and move on. I thought that gesture showed her deep respect for Angelou. Her mother treated her as an equal. 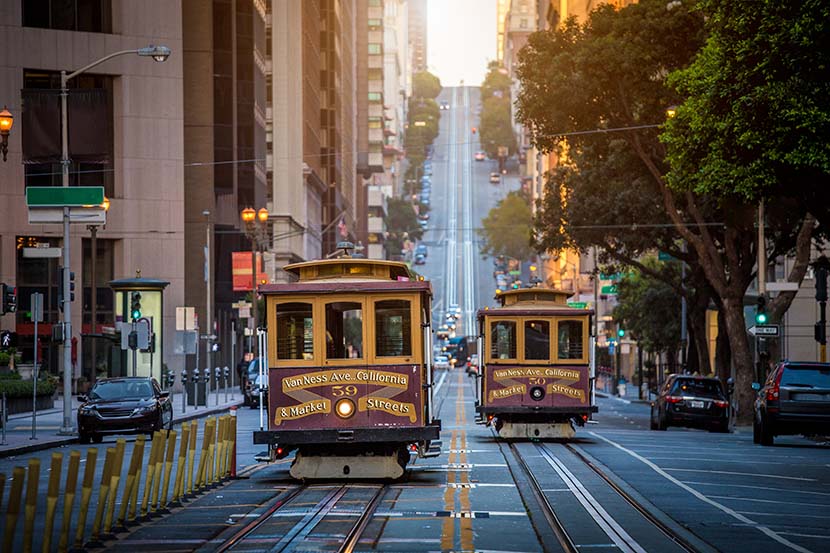 4. She made sacrifices to ensure that her daughter learned valuable lessons.

As a teenager, Angelou decided she wanted to work on a streetcar. Getting the job was a brutal process. For two weeks, she sat in an office waiting to be interviewed, meanwhile tolerating cruel, racist comments from fellow teenagers working nearby. Vivan Baxter insisted that Angelou stick it out, and after two weeks of persistence, she got the job!

She was given a rugged split shift, required to work from 4 am to 8 am and then from 1 pm to 5 pm. Her mom committed to driving her every morning. Later, Angelou realized her mother had a pistol in the car and that she waited every morning for the streetcar to get to the first light before leaving. At the end of the summer, Angelou left the job to prepare for school to start.

“So, you got the job, and I also got the job. You were conductorette, and I was your security every day until dawn. What did you learn from this experience?”

I said, “I learned that you were probably the best protection I will ever have.”

She asked, “What did you learn about yourself?”

I said, “I learned I am not afraid to work, and that’s about all.”

She said, “No, you learned that you have power—power, and determination. I love you, and I am proud of you. With those two things, you can go anywhere and everywhere.”

She was raising her daughter in a racially tense world required COURAGE. And Vivian Baxter had a job to do – to teach her daughter about her inborn strength and determination. This quote from Maya Angelou about her mother proves that she felt her sacrifice was worth the end result.

5. She didn’t shame her daughter when she found out about her pregnancy.

When young Maya discovered that she was pregnant, she dreaded telling her mother. During the pregnancy, Vivian Baxter was out of town, so first, Maya wrote a note and told her stepfather. The next day her mom arrived at home to discuss a plan. She said,

“We—you and I—and this family are going to have a wonderful baby. That’s all there is to that. Thank you, baby. Go on.” I left the bathroom, tears of relief bathing my face. She didn’t hate me or cause me to hate myself. She gave me the same respect she had always shown. She cared for me and my child. She talked to me.”

This is a massive, life-altering change for any teenager and family. Yet, her mom let it be.

Vivian Baxter accepted it all and supported her daughter in the most loving, nonjudgmental way imaginable.

6. She liberated her daughter – and freed her to live life on her terms.

Young Maya Angelou, her new baby in tow, loved independence. Soon after her son’s birth, she decided to move out and live on her own.

Later, Maya Angelou famously said this quote about her mother,

Again, Vivian Baxter gave her daughter the respect and freedom to do what she thought was best for herself and her new son. At the same time, she validated and affirmed her in the most amazing way.

7. Vivian Baxter acknowledged her greatness and let her own it.

After one of their monthly lunches, while walking to the train together, she said:

“Baby, I’ve been thinking, and now I am sure. You are the greatest woman I’ve ever met.”

I looked down at the pretty little woman, with her perfect makeup and diamond earrings, and a silver fox scarf. She was admired by most people in San Francisco’s black community and even some whites liked and respected her.

She continued. “You are very kind and very intelligent and those elements are not always found together. Mrs. Eleanor Roosevelt, Dr. Mary McLeod Bethune, and my mother—yes, you belong in that category. Here, give me a kiss.”

So often, it’s easy for mothers to make the mistake of seeing their children as extensions of themselves. They aren’t able to recognize the uniqueness of the child they raised. In these words, she’s saying, “I see you.” That alone is the definition of love.

8. She was tough. She taught her daughter the critical importance of self-respect.

This quote from Maya Angelou revealed how much her mother was ahead of her time. She transferred this knowledge to her daughter so that she could take it and carry it with her. A mother has the power to do that, and she did it so well.

9. She lived and breathed courage and led by example.

Reflecting on the profound relationship she had with her mother, Angelou said:

“My mother’s gifts of courage to me were both large and small. The latter are woven so subtly into the fabric of my psyche that I can hardly distinguish where she stops, and I begin.”

Vivian Baxter’s courageous example set the tone for her daughter’s very being. Angelou witnessed a brave woman overcome time and time again, and live her life boldly. That courage became part of her, and she has shared this message with countless readers over time.

10. Vivian Baxter showed up. When Angelou needed her mother, she was there.

During a particularly grueling work experience, Angelou felt depleted. She reached out to her mom:

“My mother wrote to me and said, “Airplanes leave here every day for Africa. If you need me, I will come.” Her love and support encouraged me to dare to live my life with pizzazz.”

This simple quote from Maya Angelou about her mother speaks volumes. Her mother supported her in the ways she needed it most. She loved her daughter fiercely and instinctually knew when she needed to drop everything and be there for her.

Her daughter blessed her.

At the end of her life, Angelou sat at her bedside and was able to tell her:

“You were a terrible mother of small children, but there has never been anyone greater than you as a mother of a young adult.”

She squeezed my hand twice.”

The story of Maya Angelou and Vivian Baxter has so many layers of wisdom – even to mothers raising daughters today. What rings most true to me is that Angelou’s mother treated her as an equal. She listened to, supported, and respected her. She spoke her truth and lived with such bravado. There is so much to learn from this mother/daughter duo. I’m so grateful their story lives on in this memoir.

Do any of these quotes from Maya Angelou about her mother speak to you?

Also, read how motherhood has been my greatest teacher here.

The Unity of Contrast – Verse Two of the Tao Te Ching 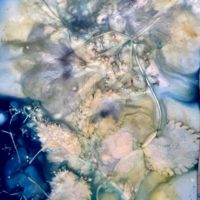