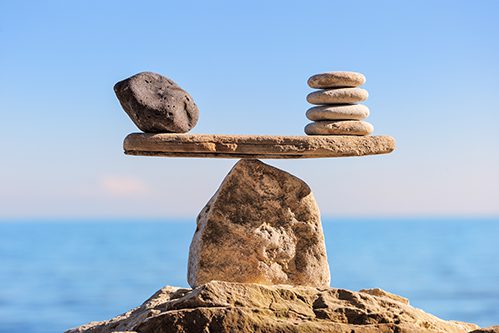 (This post shares my personal thoughts of Verse One of the Tao Te Ching. There are many interpretations to study. These are the messages that most resonate with me.)

Around 12 years ago, I headed to NYC with my mom to attend a Hay House event.  I can remember riding the Amtrak down from Syracuse and feeling my jaw ache. It had been bothering me for a few weeks. I thought, “How am I ever going to get rid of this feeling?”

We arrived in the city and settled into our small but stylish room. The next morning we headed to the Hay House conference, which was fantastic as usual. It was held at the Javits Center and had a lengthy list of speakers and authors I’ve long admired.

The speaker who stood out the most to me was Wayne Dyer. In his keynote address, he spoke of the Tao Te Ching. I can remember listening to him but not being able to take in everything he was saying.

He spoke of ‘The Great Way of the Tao’ and the wisdom of its teaching. I remember thinking, “Huh? I’m in the throes of survival mode (hence the clenched jaw!) and I’m not sure that I can adopt this ‘Way’ of being.” Still, I bought his book Change Your Thoughts, Change Your Life, and it sat on my bookshelf for the next several years. 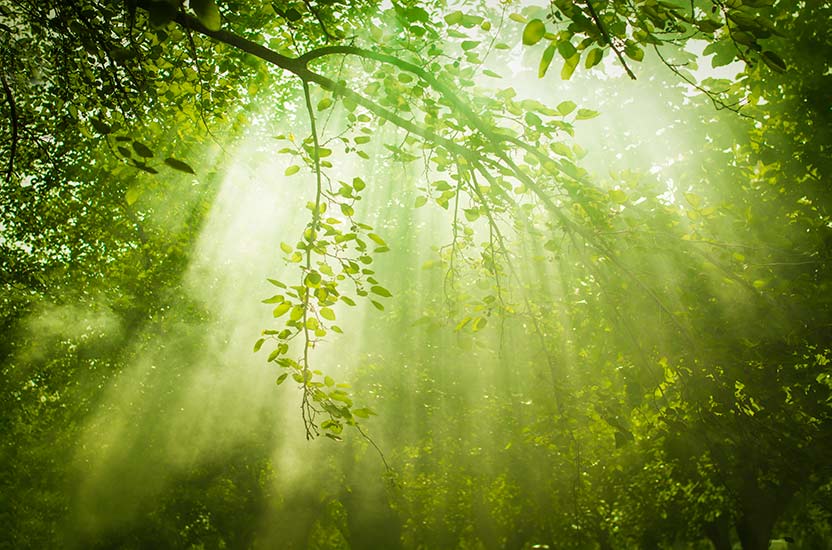 Origin of the Tao Te Ching:

Tao Te Ching translates roughly as “the way of integrity,” – says Damien Walter of The Guardian. “It means to be at peace, aligned with your thoughts, your life, and the world.”

Walter also says, “Two thousand four hundred years after it was composed, we need the Tao Te Ching’s lessons in self-awareness more than ever. Little can be said with absolute certainty about the origins of the Tao Te Ching. Consensus suggests it was written around 400BC by one Laozi. Laozi translates simply as “old master” – a hint that the author’s (or authors’) true name has been lost forever.” The master is also referred to as Lao Tzu by many students.

The Tao Te Ching is composed of 81 verses that provide insights into living in harmony with life. As in Wayne Dyer’s description above, it’s also referred to as The Way and The Middle Way. The original writing has been translated 1000’s of times by different masters, making it the second most printed book in the world.

A Core Teaching of  Verse One of The Tao Te Ching:

The Tao requires allowing and letting go. It wants us to become aligned with what is – and not to be fighting against it.

Maybe part of the reason I wasn’t ready to explore the ideas in the book was that I was functioning in a very intense, stressed state. I felt I couldn’t let go. I was working so hard to reach my self-imposed goals. I’d say I was in an active state – not an allowing state. The sheer force of resilience was my copilot. I was moving forward, but to reach even higher, I needed to bring in the sense of allowing and letting go.

At that time, I couldn’t imagine doing it.

Then one day, I finally picked the book up and read Wayne Dyer’s interpretation of Verse One of the Tao Te Ching. The words spoke differently to me than in other texts that I’d read. They were soothing. I was finally ready to begin learning about the Tao.

The original symbols comprising the Tao have been translated in different ways by various students. In this story, I’m going to be sharing Wayne Dyer’s and Stephen Mitchell’s interpretations.

Verse One of the Tao Te Ching:

The Tao is both named and nameless.
As nameless, it is the origin of all things;
as named, it is the Mother of 10,000 things.

Ever desireless, one can see the mystery;
ever desiring, one sees only the manifestations.
And the mystery itself is the doorway
to all understanding.”

“Yet mystery and manifestations
arise from the same source.
This source is called darkness.
Darkness within darkness.
The gateway to all understanding.” 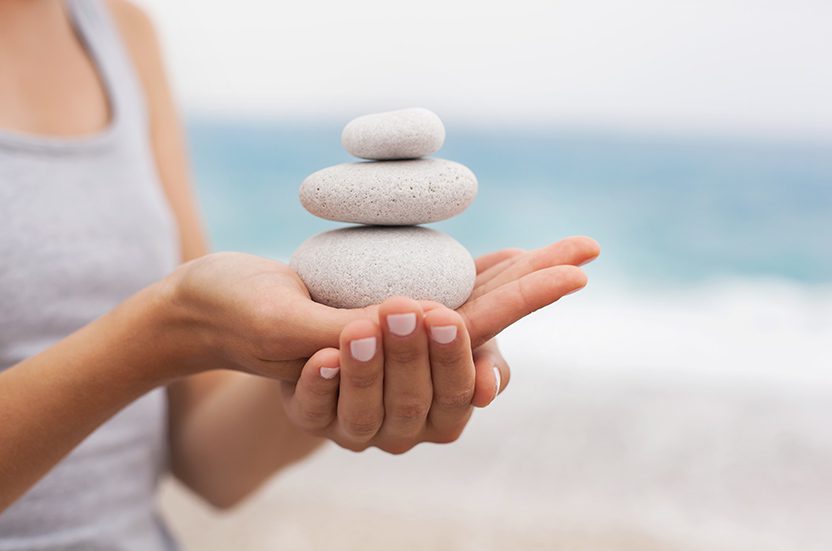 Key Ideas from Wayne Dyer from Verse One of the Tao Te Ching:

“The Tao is both named and nameless.”

In Wayne Dyer’s interpretation, this is a key phrase. It threw me off at first because I think, “How can something be both?”

It has aspects we can understand – the things we can name.

And other aspects can’t be named—the mysterious unknown.

Combined – they represent the Tao. 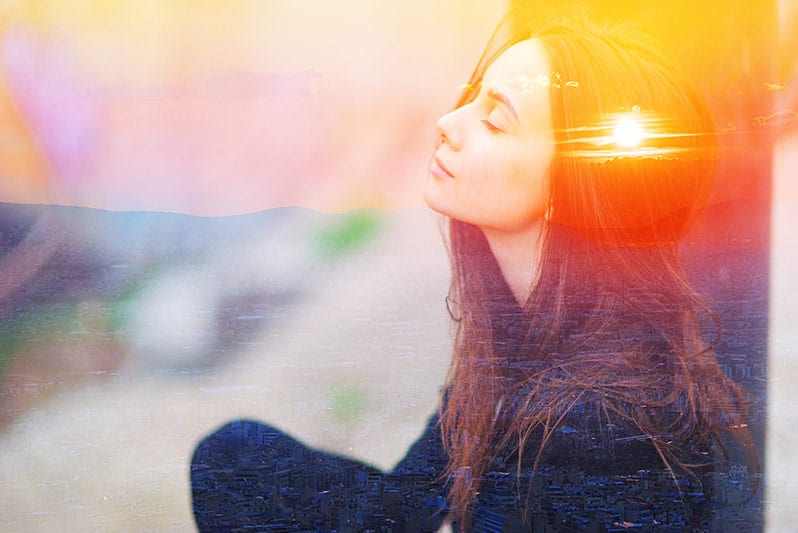 “Ever desireless, one can see the mystery.”

Wayne Dyer says, “In this reference to the Tao, desireless means trusting, permitting, and allowing.”

What does desireless mean? It’s the place of allowing. Allowing is a powerful place to be because it goes beyond thinking. To allow, you need to trust.

Allowing is a great act of faith. Especially when you’ve been hurt, and this world feels dangerous and threatening. (Hello! Tension in the jaw over here.)

You’re definitely not if you’re saying things like, “This shouldn’t be happening. I don’t want this in my life.

I should be here. No, I should be there. This entire situation shouldn’t be this way.”

Allowing is a superpower. It says, “I have a deal with you, Universe.  Part of me is afraid to allow – but I’m going to go past that fear and allow anyway. I can get out beyond myself and my fears and trust in you. I can trust that you have a higher plan for me and that I’m safe no matter what.”

The challenge of letting go:

It’s risky when you’ve been hurt and feel the need to stay safe. But it doesn’t get you anywhere. Trust me! I was the queen of building walls. In fact, I created a fortress. It wasn’t until I relaxed and began to trust in life that really good things came in.

Maybe that’s one of the most significant challenges – to step out and beyond those disappointments and hurts and into your big, wide heart that knows better and believes in a higher plan.

TIP: One thing that helps me is focusing on the exhale. When you allow yourself to exhale fully, you’re letting go. When you exhale, you’re allowing your breath to flow out. Breathing itself is such a powerful metaphor for this verse. Half of the breath – the inhale – is active. The other half – the exhale – is relaxed. It’s the balance of the two that creates harmony. We need both – in equal measure. 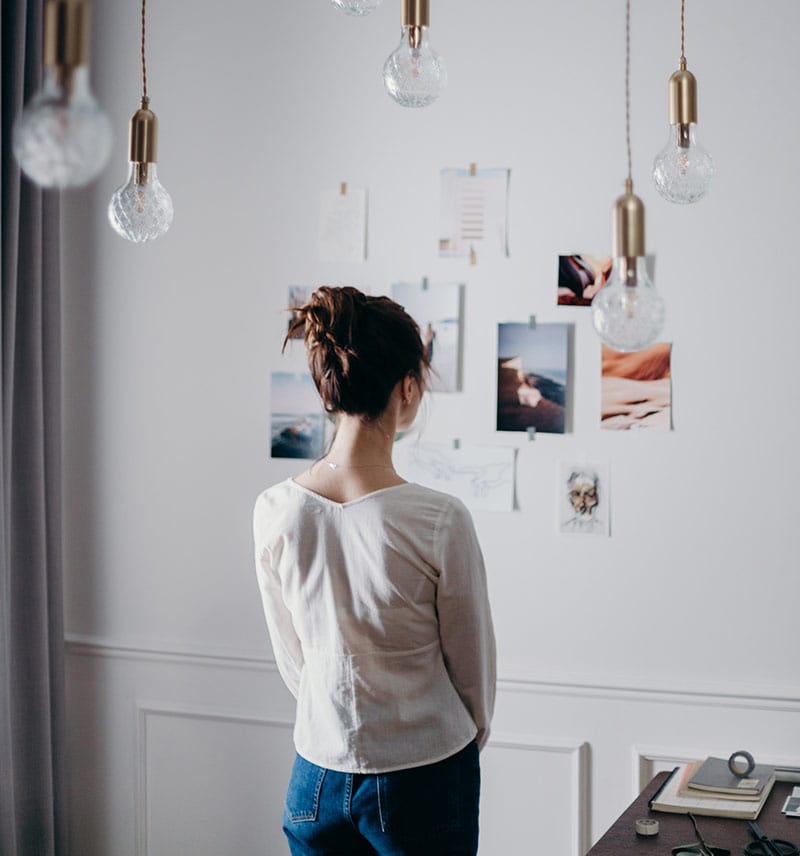 “When desiring, you see the manifestations.”

This aspect of Verse One is easier to grasp.

It reminds me of a vision board.

You can identify your desire and recognize when it comes to fruition – the manifestation of your desire.

Where are you on the scale of desiring versus allowing?

Wayne Dyer says, “Decide to do the Tao (or practice the Way) at that moment by turning inward with curiosity about where you are on the continuum between desire and allowing.”

This concept is so big! Desiring and allowing exist on two opposite ends of the spectrum.

Are you desiring things 90% of the time and allowing only 10%? (This would be about right for me – especially those years ago at the conference).

Many of us have to move towards allowing. Find out where you are and try to embrace the two ends of the spectrum.

Questions to ask yourself:

Right now, there are many reasons to feel frustrated and triggered. Even when talking about the vaccination issue in this country. Do you think highly reactive when you hear people speaking about their position when it’s different than yours? I know I have.

This is a good time to take a breath and go deeper into the place of allowing. Allow others to have their view. By shifting into this state, you may feel more peace and more alignment with the Tao.

“The mystery is the doorway to all understanding.”

No matter how hard I try to understand the way of this world, it is not something I can understand intellectually. It is a mysterious, magical universe. Things are happening all the time that exists beyond our wildest imagination. Living in reverence of the mystery in The Way.

It feels uncomfortable to step into the feeling of mystery – maybe because our brains are hard-wired to have concrete answers and facts.

Yet, the mystery is the only thing that we know is true.

“Darkness within darkness. The gateway to all understanding.”

So many teachings refer to this sense of darkness and emptiness. Eckhart Tolle calls it inner spaciousness. He describes it as vast beyond comprehension. Dr. Joe Dispenza calls it the void. And Abraham Hicks calls it the vortex. Maybe it’s another word for “the peace that surpasses all understanding.”

This darkness and spaciousness are where the mystery lives.

How can you bring that into your daily life?

Practicing daily meditation. Here is one of my favorites:

Practice stillness. Step into the mystery even for a moment or two throughout the day—lookout at the stars and the moon at night. Feel the sense of mystery in your everyday life.

I hope you liked this discussion about Verse One of the Tao Te Ching!

Please forward it to someone you know who might enjoy studying along.

I’ll be back with Verse Two soon.

Surprising Top 10 Most Viewed Blog Posts of This Summer 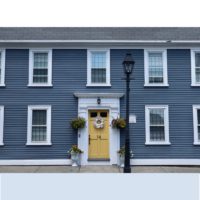 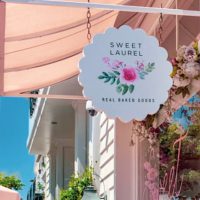